When I was in Grade 7 or 8 (seventh or eight grade for my American readers), my home ec teacher was Miss Sutherland. She was probably somewhere between mid-30s and mid-40s. One day in cooking class, I’m not sure exactly what we were discussing, but I believe it was probably something to do with the relationship between calories in and pounds on.

At one point, I mentioned to the class that I could eat five hamburgers in a sitting and not gain weight and that people said I had “hollow legs.” Miss Sutherland just looked at me and said something like, “I used to be like that too. Just wait…”

Like many women, if you looked at my weight history on a line graph, it would look less like a straight line and more like a roller coaster, but with a definite trend line moving up.

I honestly have no idea how much I weighed as a kid or even in university. At 5’7″, I was slightly taller than average for girls of my generation and I was pretty skinny overall (especially on top, but that’s a whole other blog post…)

In my twenties, I probably fluctuated between 130-140 pounds, which put me smack dab in the middle of the normal BMI range.

When I was 28, I moved to Japan for two years to teach English to junior high school students. That’s when I discovered that I really didn’t like Japanese food very much (!) and I lived in a small rural community where there weren’t a lot of other choices, so I ended up eating a lot less than I was used to. Also, I didn’t have a car and I lived about a kilometer from my office, so I usually made that walk twice a day. As a result, I ended up going down to 115 pounds, which was cr-AY-zy! You could see my ribs without me needing to suck in my stomach at all.

I returned to Canada when I was 31 and lived there for another ten years and that’s when my weight really fluctuated. The first half of that decade I was super active, playing ultimate and squash and golf and curling and just being out socializing a lot as well as doing some active travelling and I kept my weight back in the 130-140 range. But during the last half, I went back to school part-time to get my MBA while working a full-time office job, so my activity level dropped, my junk food consumption rose, and by Y2K I was up to about 160 pounds. That’s the point where I moved from normal to overweight in the BMI charts.

The next two years, however, I started seeing a decrease again, mostly because I didn’t have a car and did a lot more walking than I had in a long time, even though it was primarily going to and from metro stops. At one point I got back down to 170 but that didn’t last long, but I stayed in the 170-180 range most of the time.

I had moved to D.C. for a job, which I quit two years later. I started working from home as a freelance writer for corporate clients and returned to publishing my Tech for Luddites blog‐first part-time, then full-time by mid-2015. So for the last five years, my life was basically sitting at home working on my laptop all day. And while I had somewhat of a social life when I was working in D.C., most of the friends I made were either significantly younger than me or, if they were my age, already had families and existing social circles. So now that I didn’t see them at work all the time, our socializing naturally slowly dropped off to the point that I pretty much live like a hermit now, other than occasionally chatting with my neighbours when I see them outside. (It doesn’t help that I’m very much an introvert so it’s very easy for me to be alone.)

Aaand the weight started rising again. But I had always taken comfort in the fact that no matter what, I had never crossed that 200 pound mark and decided that my I had finally discovered my natural set point.

One day in early 2016, I stepped on the scale and it said 200.3 pounds. Although it’s just as arbitrary a number as any other, it was pretty depressing. But the worst was yet to come.

In the spring of 2016, I spent a couple of months living with my parents in Ottawa to help out as my Dad was recuperating from a hip operation. My diet was completely different from what I normally eat and, honestly, I didn’t pay much attention to it. Likewise, I didn’t have a scale there to keep tabs on what was happening and didn’t weight myself again until I got home in June.

215?! I was STUNNED. I knew my clothes had gotten tighter, but it didn’t seem like I could have gained 15 pounds in a couple of months without even realizing it.

The worst part was that I now felt like getting down to anything resembling a reasonable, healthy weight would be almost impossible. So I didn’t even try.

Side note: I’m also now at the point that I worry that at my age if I did manage to somehow lose the weight, I’d end up with loose flaps of skin all over my body and the thought of that is even worse to me than the excess weight.

So basically, I’ve done nothing about it for the last year. That stops now.

As of today, I’m attempting to make some small lifestyle changes that will help me not only lose the weight, but improve my overall health and fitness as well.

On the food side

I’m not a big fan of “diet books” per se, but I am trying an approach outlined in “Always Hungry,” a book that was recommended by an online acquaintance. The beginning of the book goes into a whole lot of information about how our bodies store and use fat, most of which sounds like a lot of BS to me. So why am I giving it a try? A few reasons:

The gist of the program is reducing sugar and processed foods from your diet. In Phase 1, which lasts two weeks, you’re supposed to up your fat and protein content dramatically. In Phase 2, which lasts as long as you want it to, you reduce the fat content and increase healthy carbs. Phase 3, which is the maintenance aspect lets you add back some treats in moderation.

I’ll be honest, I skimmed over most of the book and am using it as a guideline rather than a strict list of dos and don’ts. For example, you’re supposed to purge your house of all the foods you shouldn’t be eating, which seems like ridiculous advice to me. What are people with families NOT on the plan supposed to do???

Also, you’re not supposed to drink any juices in Phase 1. Well, my breakfast almost every single day is a strawberry smoothie where I use orange juice to make it easier to blend. I may try reducing the amount I use or replacing some of it with whole milk, which is allowed on the plan, but there’s no way I’m avoiding it entirely for two weeks. Likewise, bananas. Nope, not gonna happen…

Some of the recommendations are going to be super easy. I already eat a fair bit of vegetables and fruit so increasing that amount won’t be a problem. Also, cheese… Done! 🙂 Avoiding alcohol in Phase 1 won’t be hard either. I drink so little that if I was told tomorrow I could never have another ounce of booze wouldn’t really bother me.

Harder will be cutting out chips and candy. Not that I eat a ton of it, but I definitely enjoy them and have them as snacks more than I should.

But the single greatest challenge for me on this (or any) plan is obvious: Coke. I’m addicted to the stuff. (To be clear, I’m talking about the brown liquid stuff, not the white powder…) In recent years I’ve switched mainly to Mexican Coke, which is made with cane sugar instead of high fructose corn syrup, but that doesn’t make it any less caloric. I currently have three or four a day, which is about three or four a day too many…

The problem is that I don’t like a lot of other drinks. I don’t like plain water and most sparkling waters, even flavoured ones, do nothing for me. The plan says you shouldn’t have any diet drinks either, which isn’t a problem on the Coke side, since I can’t handle the Diet Coke or Coke Zero aftertaste. But I’m probably going to have to get some other diet soft drinks like ginger ale, which I don’t find quite as different in taste from the regular stuff.

On the exercise side

The plan doesn’t have a lot of specifics about activity levels, but right now I’m working on walking more regularly. Fortunately, I started playing Pokémon Go a few weeks ago and that’s making me get outside and moving while I try to catch the little buggers. 🙂 I’ve also started wearing a fitness tracker that I hope will help my motivation.

So that’s the plan. This morning I weighed myself and I was 217.6 pounds. I will report back on how it’s going next month… Until then, wish me luck! 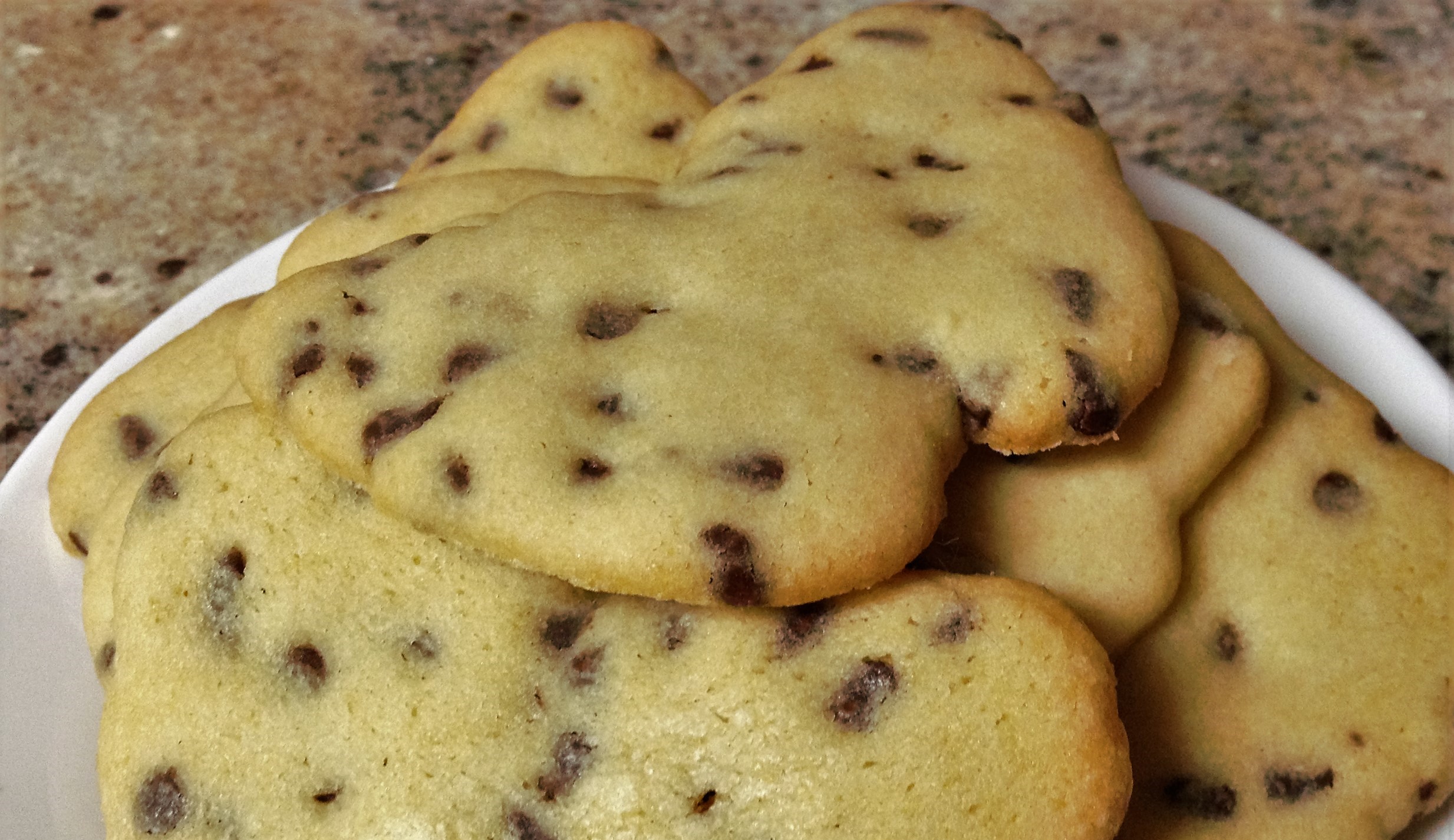 So this is a thing… 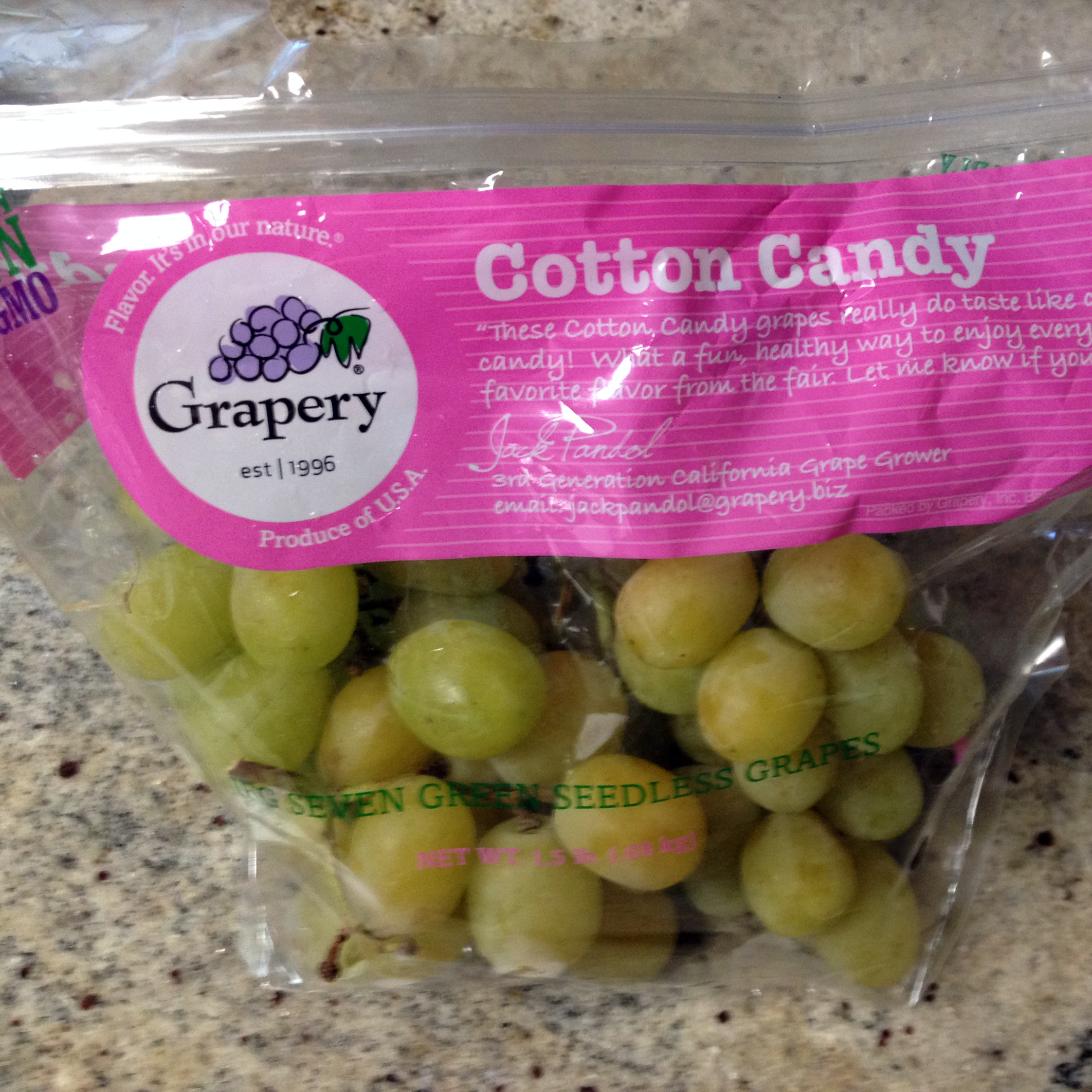 More info, including additional flavors to come, at The Grapery.

I’m pretty sure the best lesson I’ve learned in 2015 so far is that I can use my Magic Bullet blender to make real whipped cream. And it only takes about 20 seconds! 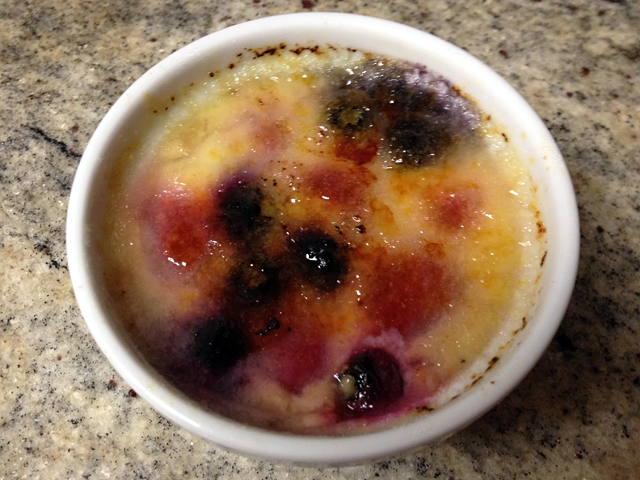 When I was in my 20s, I lived in L.A. for a couple of years. Two of my friends and I had a tradition where we would take the third one out to one of the city’s nicer restaurants for dinner on her birthday. The one restaurant we couldn’t afford was L’Orangerie, but one year we decided to splurge and go there for dessert and coffee afterwards. And that was the first time I had crème brûlée.

END_OF_DOCUMENT_TOKEN_TO_BE_REPLACED 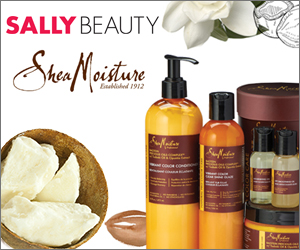